My dad (above photo) suffered with arthritis for decades, before I knew how to identify and clear the emotional causes of inflamed, aching joints.

In the mind-body-emotions wisdom, our joints are our means to express ourselves via hugging, waving, art, dancing, walking, and other activities.

Conversely, our joints can become inflamed when we do NOT or CANNOT express ourselves and our hot, angry emotions about things we can't change.

After years of loyal service and long hours, my dad became one of the three top paid managers in a supermarket chain. His employer had a practice of putting the senior managers in failing stores in high crime neighborhoods, hoping they would quit before retirement. My dad, never one to complain, worked in these stores for years. As soon as he got the store running smoothly, the employees trained and motivated, he was replaced by a younger manager earning a lower salary. Dad worked in stores where he had to have a police escort to safely get to his car, but he never grumbled to us. He kept ALL his emotions locked inside.

Soon the joint pain began, his elbows and knees swelled, and all his doctors could do was prescribe medications. Desperate for relief from his 24/7 pain, he tried every arthritis cure that sounded valid, from wearing copper bracelets to drinking kombucha tea. Dad's downhill spiral into ill health continued for decades until he died from septic poisoning at age 73. (The pain relief meds ulcerated his colon, leaking toxic fluids, leading to a slow, painful death.)

MIND-BODY-EMOTIONS WISDOM FOR YOUR ARTHRITIS

Your body is silently showing you clues, via the arthritis location(s) which repressed emotions are triggering your arthritis. (See below VIDEO for more info.)

Once you have a general idea of the emotional roots of the arthritic pain, you can simply use an emotional release modality to let go  of those emotions.

Your body will clue you in on your emotional release success by lessening the pain and swelling in the area upon which you targeted the clearing. Don't expect to be pain-free after a few minutes of emotional release. You may have many layers  of stress and trauma triggering your body's aches and swelling.

After several self-applied acupressure sessions, I cleared the aches and pains in my right elbow, right hand, right knee - all related to "hell jobs" I'd had with inflexible situations and high stress. YOU can have this kind of success, too!

Please watch the below video. Follow along with the emotional release demo - you might feel instant relief, as others have! THIS DOES NOT REPLACE YOUR MEDICATIONS OR A DOCTOR'S CARE! 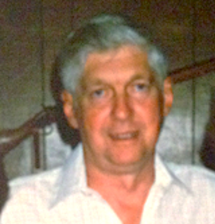 USE AT YOUR OWN RISK - 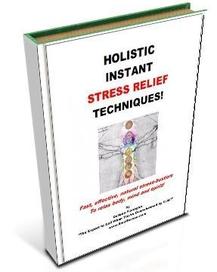 Can be used with ANY

Want to learn MORE about the MIND-BODY-EMOTIONS CONNECTION, how to help yourself and your loved ones back to well being on every level?

Check out my Tapping Success Scripts book on Amazon.com! (Table of contents on right side of this page.)

The EFT® Tapping Sequence For A Round

Your Formula For EFT® Success

Surrogate EFT® (What It Is, How It works)

All-Purpose Scripts For Any Occasion (The Core Issue Fears)

Conclusion
About the Author

EFT really works well when you know HOW to use it.

You CAN decode your body's ailments and the associated emotions, like I do!

Get my FAVE body-mind-emotions reference guide,

"Your Body Speaks Your Mind" - it comes with

Using this book's wisdom with my Tapping Success Scripts book is an unbeatable combo to return to well being! (Can be used for kids & pets, too!) 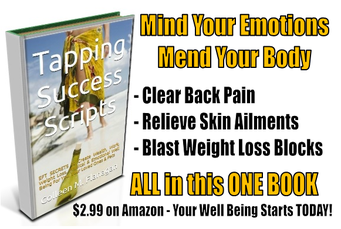