Grab your FREE COPY of Animal Communication, Animal Well Being

You and your family can learn to easily and quickly  communicate with animals, as I did! You'll also receive a bi-monthly holistic e-zine with videos for humans and pets.

As a kid and for most of my adulthood, I’ve loved visiting zoos and wildlife parks.

My last zoo adventure was in 2006. I’d learned how to communicate with domestic and wild animals, and was eager to connect with any critters who wanted to chat. I’d also discovered I was an (unintentional) empath: I felt the energies and emotions of people and animals, without even trying.

I visited the zoo with a fellow intuitive animal lover. As we walked among the exhibits, deep sadness and despair overwhelmed us. We fought back our tears, then sent waves of silent surrogate healing to all animals staring back at us with sad, vacant eyes. We couldn’t wait to find monkey island and feel cheered up by watching the zany, playful primates.

My friend and I left the zoological park with bittersweet feelings about our emotionally-wrenching visit.

AMBIVALENCE ABOUT WILD ANIMALS in CAPTIVITY

Many of us animal lovers have mixed emotions about visiting zoos and wildlife parks. We feel privileged to observe the beauty, majesty, and grace of exotic animals from other continents. We feel sad or guilty that these wild animals are in man-made exhibits for our pleasure instead of living in their natural habitats.

On the other hand, most captive zoo animals live longer, are well fed and receive veterinarian care as needed. Most zoos have replaced the sterile steel bar cages with moats and glass walls. They hire zoo personnel who truly care for the animals’ well being. They do the best they know how.

I’m not advocating that these animals be set free. These magnificent creatures can’t be returned to the wild because many have lost their natural instincts to forage for food, build shelters/nests/dens, and defend themselves from predators.

I AM suggesting that when you visit zoological exhibits and notice emotionally unbalanced animals, you consider sharing some surrogate well being vibes with the critters.

As an animal lover, you probably watched the 1966 movie, “Born Free” about Elsa the lioness. Did you know that the movie’s actors Virginia McKenna and Bill Travers founded the Born Free Foundation in 1984? Their mission is to protect wild animals, stop suffering, and save lives.

The Born Free Foundation’s article ZOOCHOSIS: ABNORMAL AND STEREOTYPIC BEHAVIOUR IN CAPTIVE ANIMALS states at the bottom of the page, “In 1992, Bill Travers, co-founder of the Born Free Foundation, first coined the term ‘zoochosis’ to describe this obsessive, repetitive behaviour, and described zoo animals behaving abnormally as ‘zoochotic’” Mr. Travers said, “In every zoo I visited when compiling the Zoochotic Report, I witnessed some sort of abnormal behaviour.”

Some zoological parks are taking action to relieve zoochosis. They’ve made progress via experts in animals’ emotions and behavior, such as scientist and doctor, Vint Verga DVM, as reported by this 2014 New York Times article, “Zoo Animals and Their Discontents” by Alex Halberstadt.

Article excerpt on Dr. Virga's insight: “Often, the animals suffer from afflictions that haven’t been documented in the wild and appear uncomfortably close to our own: He has treated severely depressed snow leopards, brown bears with obsessive-compulsive disorder and phobic zebras. ‘Scientists often say that we don’t know what animals feel because they can’t speak to us and can’t report their inner states,’ Virga told me. ‘But the thing is, they are reporting their inner states. We’re just not listening.’"

Dear, kind and wonderful Dr. Virga, Animal Emotions Whisperers worldwide are NOW listening via this article series. We'll do what we can, as often as we can. Thank you for your article, New York Times and Alex Halberstadt!

WHAT YOU CAN DO AT THE ZOO

I loved Mr. Halberstadt’s statement that the afflictions “appear uncomfortably close to our own”. Yes! It’s called the stress response, can be analyzed by mind-body wisdom, improved or completely relieved through emotional release work, and applies to all living creatures.

In part two of this three part series, I’ll tell you how I helped one forlorn zoo creature. (Mid-May 2017) In part three, I’ll provide simple methods for YOU to ease captive animals’ distress, even in a crowd of other zoo visitors. (Mid-June 2017)

Bless you for reading this far, and for loving ALL our animal friends.

What one animal lover wrote...

"I am a Reiki master, I use EFT, and can dowse (well, sorta) and yesterday I used all of them upon feeling out of sorts and the feeling came back until I zapped it with FREED (Colleen's EFT Shortcut)!  I woke up this a.m. feeling wonderful.  I am using it on my cats. 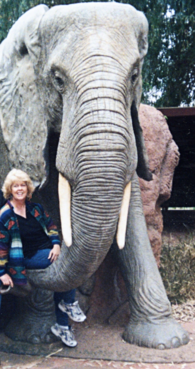 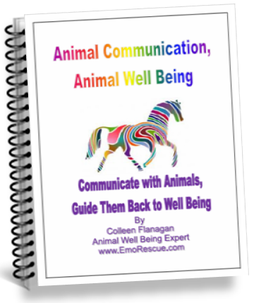 Do your animals need in-depth Emotional Rescues? Click below image to get details / read table of contents on Amazon.com 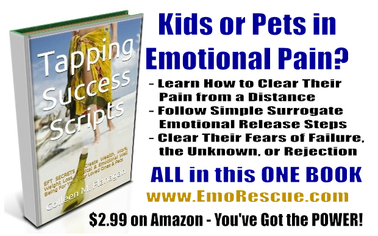 GO TO TOP OF PAGE

Read Part 2 of 3
View on Mobile